Ransomware is a type of malicious software that infects a user’s computer and blocks access to the system and any data until the requested sum of money is paid into the hacker’s account. More than 200,000 users across 150 countries fell victim to the malicious software known as WannaCry in a cyber attack in May 2017. The hackers then demanded that ransom payments be made in bitcoin (cyber currency) by each individual to unlock their device and allow the user to regain access to their data. The attack was spread via a range of different methods including phishing emails and targeted systems without up-to-date security patches.

After the WannaCry attack, it was revealed that the infected networks were targeted because they were still using outdated Windows XP software which made them more vulnerable. These high profile ransomware attacks have highlighted the risks involved in using these older versions of Windows, which inevitably help cyber criminals exploit the vulnerabilities to carry out their costly attacks.

One of the reasons that Windows machines are at risk more so than others is due to the fact that Microsoft provides security patches from time to time, often leaving the user to update manually which offers a window of opportunity for the attackers. However, since malware hackers who create Ransomware are always exploiting different Windows vulnerabilities, security patches are not always the best solution.

When you store your data within G Suite (formerly known as Google Apps for work), it’s protected in a number of different ways, including advanced phishing detection with the help of machine learning, strong authentication with security key enforcement and also the prevention of data leakage through tools like DLP.

G Suite is a 100% cloud-based system, so if you store and manage all your data in Google Drive, you can be protected from attacks such as Ransomware, viruses and malware. You also won’t require a separate system for spam processing as Gmail uses machine learning to automatically filter spam and to scan all emails for suspicious viruses, malware, and Ransomware. The G Suite administrator can also control all attachments sent and received by your organisation so that nobody opens or sends anything they shouldn’t. 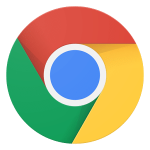 Chrome OS updates automatically, so you don’t have to worry about being on the latest version with the most up to date fixes. Chromebooks also come with verified boot and encryption to keep your data secure. As a further precaution, Chrome OS and the Chrome web browser sandboxes processes outside of the operating system, so no matter what you’re doing in one tab or app window, none of it can affect any of the others that you have open. This means that any potential threat is contained in the one tab, and then disappears when you close it.

Google have revamped Prompt for 2-Step Verification (2-SV), which provides users with a better option to secure their accounts. As well as 2-SV over an encrypted connection, users can also block unauthorised access to their accounts with Google Prompt which delivers real-time security information about the attempted login.

This update comes as a result of SMS text message verifications and one-time codes being more vulnerable to phishing attempts than people might realise. So Google are planning ahead for a more robust long-term solution. The new system will give administrators peace of mind that their mobile policies are being enforced on every device and that they are being authenticated through an encrypted connection.

Google have also implemented new device rules for Mobile Management, allowing G Suite admins to define custom rules that trigger on device events. So if an event occurs on one of your organisation’s devices, that’s been specified in a custom rule, the corresponding action that’s been set will automatically be carried out. You can see some of the examples of these types of rules below;

Another way that Google secures your data against phishing attacks is by providing 3rd party app control with OAuth apps whitelisting. This basically gives your organisation extra control over how 3rd party apps are allowed to use your data. Admins can now specifically select which apps can have access to which users’ G Suite data, which prevents users from accidentally granting access to malicious apps.

Colin is a director at cobry with almost a decade of experience helping organisations make the most of the latest cloud technology. In an increasingly cloud-first world, he believes that G Suite is the most effective cloud-based IT system for most organisations.

This website uses cookies to improve your experience while you navigate through the website. Out of these, the cookies that are categorized as necessary are stored on your browser as they are essential for the working of basic functionalities of the website. We also use third-party cookies that help us analyze and understand how you use this website. These cookies will be stored in your browser only with your consent. You also have the option to opt-out of these cookies. But opting out of some of these cookies may affect your browsing experience.
Necessary Always Enabled

Any cookies that may not be particularly necessary for the website to function and is used specifically to collect user personal data via analytics, ads, other embedded contents are termed as non-necessary cookies. It is mandatory to procure user consent prior to running these cookies on your website.